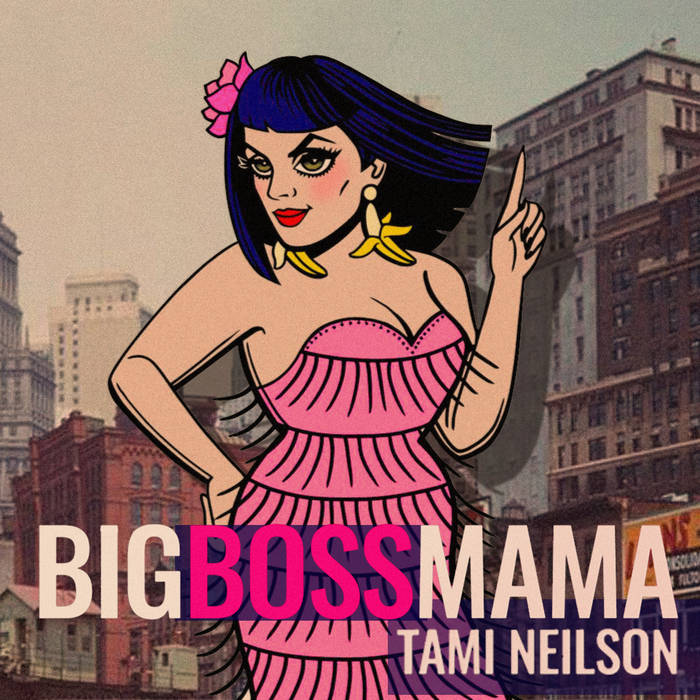 Tami Neilson’s music has been described by Rolling Stone as “a crackling, hand-clapping soul vamp that would do Amy Winehouse proud for its swagger and defiant self-reliance.” Tami brings this energy to her new song “Big Boss Mama,” the standalone single celebrating the Big Boss Mamas of the world, to be released on International Women’s Day on March 8.

Tami discusses the birth of “Big Boss Mama”: “Kaylee and I wrote the lyrics like the William’s sisters playing a lightning-fast and furiously fun game of tennis while Jol (Molhulland) and Seth (Haapu) started to build the musical foundation. I had a conversation I’d had with a girlfriend of mine, another big boss Mama, kicking around in my brain. She’s in the world of hip hop and said, “You know how hip hop is all about strut and swagger and confidence, telling people how badass you are? You should write a song with that attitude for your genre. You don’t hear women talking boldly and unapologetically about themselves like that.” I was inspired by Maimouna Youssef’s (Mumu Fresh) rap in “Never Bring Me Down” by Vintage Babies after I saw her on NPR’s Tiny Desk. Her words, attitude, strength and grace were my mantra at the time of writing this. This song wouldn’t have been written without her influence. She is the ultimate Big Boss Mama.”

Conceived and directed by Tami’s brother, Todd Neilson, the video for "Big Boss Mama" is an homage to badass women throughout history.

On the creation for the video, Tami notes, “I was on tour in Canada and had the rough demo of “Big Boss Mama.” I played it for my brother Todd, whose design company, Valiant Made, creates a lot of my visuals — from album art to music videos. He immediately said, ‘Do you have any time between tour dates? I need to shoot the video for this song.’ I had one night off in two weeks and went to his office, which he’d spent the day styling like a set straight out of Mad Men. Once he had that, he then shot all of the other characters and scenes without me. This was the first time I’ve ever done a video where I didn’t come up with the concept and I put my trust fully in him. He wanted to create portraits of powerful women throughout history (Elizabeth I, Cleopatra), women who broke through the barriers society has placed on females (Annie Oakley, Amelia Earhart), courageous women who battled injustice (Rosa Parks, Joan of Arc) and told me to choose two women who I admired, that influenced me directly. Being a woman who is lucky enough to call two countries home, I chose to pay homage to Buffy Sainte Marie as my Canadian/First Nations influence and Jacinda Ardern (Prime Minister of New Zealand) as a woman I greatly admire for my New Zealand influence. When it came to choosing a release date, there was no question that this celebration of Big Boss Mamas had to be on International Women’s Day.”

A mouth full of sass and a shake in my ass
Like a ’57 Chevy baby, built to last
Bringing home the paycheck, singin’ on your tape deck
Mama makes the babies and the dinner and the cash
Rules, I make ‘em and I break ‘em
Fools, my Mama didn’t raise ‘em

Glitter in my lipstick, sequins bouncin’ on my hips
Big hair, don’t care, stop and stare Mama
Twang in my guitar, miles on my fast car
No time for haters or the fakers or the drama
Rules, I make ‘em then I break ‘em
Fools, my Mama didn’t raise ‘em

The licks and the sticks and the drum kick’s hot
Soul singer, mic slinger calling all the shots
The band’s in line and the spotlight’s mine
Shimmy and shakin’ and stepping in time
Rules, I make ‘em then I break ‘em
Fools, my Mama didn’t raise ‘em

Get down, run for cover
Look out, she’s a Big Boss Mama

Featuring Gary Bartz, 5 years of Rhythm Section Intl and an LP of the week by Nicolas Jaar